3 steps to heritage conservation in a changing world

Wars, pandemics, artificial intelligence, a swiftly unfolding climate crisis… The world is changing rapidly, and human communities must adapt to many challenges. In this situation, world heritage presents something of a twofold paradox: when the world needs global solidarity and collaboration, world heritage sites serve as cultural totems of the different nation states, which themselves can be in conflict. As we anticipate and adapt to change, world heritage looks backward, encouraging us to conserve what was before. Fifty years after the establishment of UNESCO’s World Heritage Convention, it is time to look ahead – literally.

To this end, over the past decade our team contributed to an ambitious research programme on “heritage futures”, which seeks to address the roles of heritage in managing the relations between present and future societies, and established a dedicated UNESCO Chair. After publishing a series of articles and books outlining everything we learned, we now take stock.

World heritage has a long future ahead of it. But can its management and messages remain unchanged, when people are forced to leave their homelands, when the machines we create increasingly control our lives, and when more human trust in (and between) societies is needed? In the coming half century, UNESCO would benefit from more foresight to imagine and enable promising strategies that address the needs of future generations. Here’s how.

Step 1: acknowledge the dangers of presentism

When my colleague Anders Högberg and I started working with heritage futures, we asked more than 60 experienced cultural heritage managers in several countries, from local municipalities to UNESCO itself. Working together with Sarah May and Gustav Wollentz, we were surprised to find that nobody had ever systematically asked which future or futures they were managing the heritage for and how they believed the heritage would provide benefits for those futures. In fact, they simply assumed that present uses and benefits of heritage will somehow carry forward into the future, or that future generations will take care of themselves. Indeed, much of current policy in world heritage is based on the assumption that the future will resemble the present – even though we know it will be different.

For example, the World Heritage Convention requires listed properties to meet the condition of “authenticity”. While the importance of accommodating cultural diversity “in time and space” has been recognised in the 1994 Nara Document on Authenticity, applications of the term “authenticity” remain firmly situated in understandings of the present. This raises the question of how “universal” the convention’s underlying concept of outstanding universal value will turn out to be.

Foresight allows us to think about the future in terms that differ from our present, and also enables us to imagine different futures. Futures are multiple and alternative, and not necessarily beneficial and desirable for all people. This is why our choices and decisions now and in the near term matter. The future is not predetermined but emerges gradually – indeed, many different futures are emerging, divided by time and space. We have the power to influence these futures, and this is where world heritage comes in.

The 1972 World Heritage Convention has been embedded in Unesco’s efforts, expressed in its 1945 constitution, to promote peace and security in the world by advancing knowledge and understanding among the peoples of the world. This becomes palpable at sites such as the Hiroshima Peace Memorial and its museum, which details to visitors the horrors of nuclear weapons and spreads the message of “no more Hiroshimas”.

The climate crisis has put questions of long-term sustainability and adaptation on the agenda for societies around the globe. The rapidly evolving discourse about cultural heritage, climate change and sustainable development should give more attention to how the ways in which people think and act in response are bound to particular cultural contexts and thus specific to time and place. As circumstances change over time, cultural heritage and its management will have to change, too.

When heritage institutions think ahead, their time frame tends to be short – the aim is to support current policies, after all. As an example, a 2015 study by Historic England recognised that it is essential to be “more prepared for change” but takes this to mean how discernible trends may impact present-day agendas rather than exploring possible future agendas. In so doing, there is a risk that opportunities to make a difference to future generations could be lost in an uncritical continuation of present heritage practices.

To increase the chances of heritage achieving the intended future outcomes, managers can draw on anticipation and strategic foresight. Futures we can anticipate include significant impacts not only of accelerating climate change, but also of pollution, wars, pandemics, AI, ongoing demographic trends, and social conflicts. Strategic goals for benefiting humanity include:

Unfortunately, common perceptions and uses of cultural heritage do not necessarily advance these outcomes. Worse, in some cases they can even threaten human rights and reduce socio-cultural cohesion and resilience by exacerbating discrimination, fueling violent conflicts over power or territory, and generally making necessary transformations more difficult. We should not take the value and benefits of cultural heritage for granted. After all, the Taliban, too, base their agenda on a particular cultural heritage – and in 2001 it led them to destroy the Buddha statues in Bamiyan.

One of UNESCO’s central aspirations is to foster global peace, and a concrete example of the increasing need for foresight the changing nature of conflicts in the world.

Rather than purely state-based conflicts, there is a clear trend toward civil conflicts involving, for example, ethnic or religious groups which are sometimes supported by forces from foreign states. Increasingly, the purely state-based World Heritage system no longer unites all warring parties, which reduces its potential to promote peace through mutual cultural understanding. What is needed is to conceive a world heritage in new ways for the future, potentially advancing local or global agendas rather than primarily national ones.

It is urgent for global cultural heritage to embrace foresight and future-thinking in more professional and systematic ways. To make a difference, we’re associated with Unesco’s Futures Literacy Network and have been contributing to the strategic foresight project of the International Centre for the Study of the Preservation and Restoration of Cultural Property (ICCROM), an expert organisation supporting the World Heritage Convention. Earlier this year, we even published an animated video on what heritage futures are and why they matter.

Given the swiftness with which our world is changing, we need to get ready to manage our world heritage differently for the next 50 years. Taking the changing needs and desires of future generations seriously, we may have to adapt the past as much as the present. 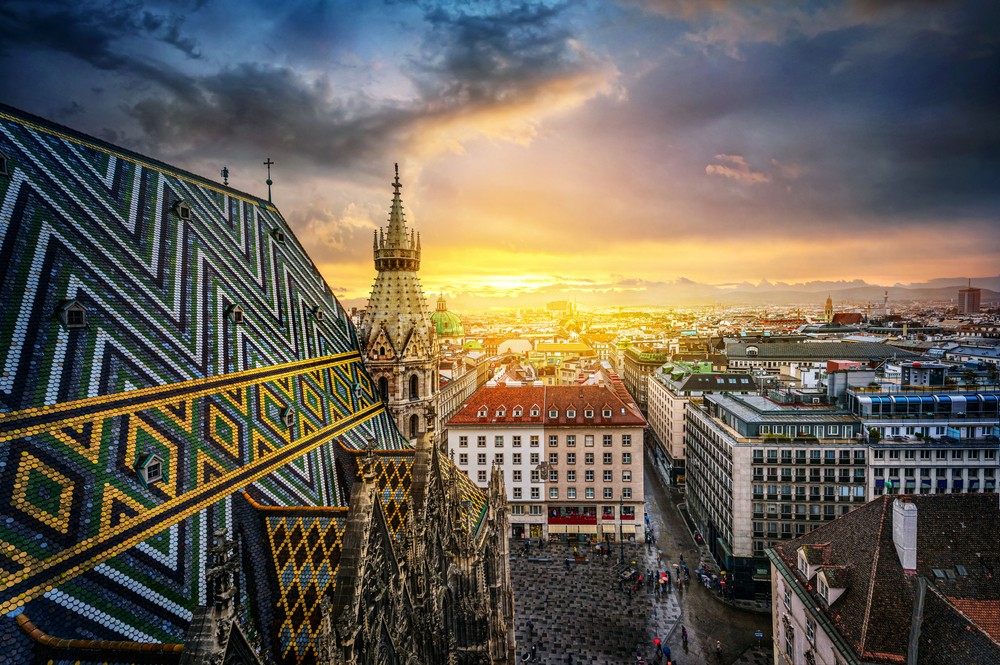