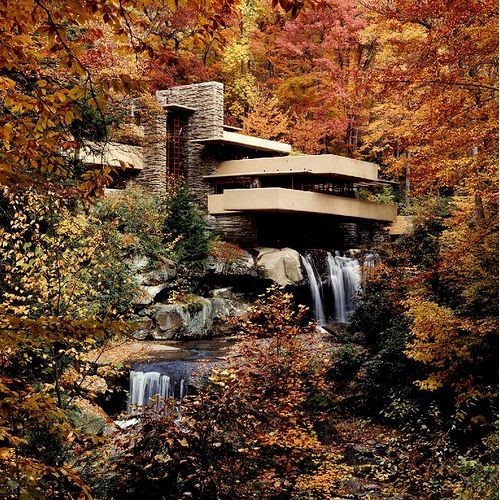 Eight buildings by acclaimed American architect Frank Lloyd Wright have been inscribed on the UNESCO World Heritage List. Titled “The 20th-Century Architecture of Frank Lloyd Wright,” the list of eight major works is a revision of a previous application lodged in February 2015. Submitted by the Frank Lloyd Wright Building Conservancy, the list spans Wright’s 70-year career with schemes such as Unity Temple, Taliesin West, Fallingwater, and the Solomon R. Guggenheim Museum.

The eight schemes played a prominent role in the development and evolution of Modern architecture during the first half of the 20th century and continuing into the present. Spanning 50 years of Wright’s career, the buildings are united by three attributes: spatial manipulation and abstraction, natural forms and principles, and responsive to the evolving American experience.

The list was reviewed by the International Council on Monuments and Sites, who acts as an official advisor to the World Heritage Committee. Following a recommendation from the body, the works were officially inscribed to the list at the 2019 World Heritage Meeting taking place in Baku, Azerbaijan.

This recognition by UNESCO is a significant way for us to reconfirm how important Frank Lloyd Wright was to the development of modern architecture around the world. There are nearly 400 remaining structures designed by Wright. Our hope is that the inscription of these eight major works also brings awareness to the importance of preserving all of his buildings as a vital part of our artistic, cultural and architectural heritage. All communities where a Wright building stands should appreciate what they have and share in the responsibility to protect their local—and world—heritage.
-Barbara Gordon, President and Executive Director, Frank Lloyd Wright Building Conservancy

The collection of buildings joins over 1000 designated sites currently on the UNESCO World Heritage List, including some of the most recognizable buildings in the world like the Taj Mahal and Sydney Opera House. These structures are recognized for their extraordinary cultural significance and “outstanding universal values.”

The Wright sites are among only 24 World Heritage Sites in the U.S and the only listing of modern architecture. While listing does not impose new regulations and restrictions on the properties, it does identify a buzzer zone surrounding the property, which protects the setting of the formal property.

The Wright schemes can be seen below. For more information, visit the official website of the Frank Lloyd Wright Building Conservancy.